Select a carrier by double clicking on it. If the carrier is in orbit of a star a selection menu will be shown that will allow you choose between the star and any carriers in the same location on the map. 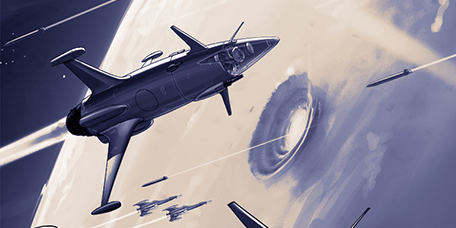 You can build a path of hyperspace jumps for your carrier to follow.

Click on the "+" in the selection menu or choose "Edit Waypoints" in the Carrier Inspector to begin building the path. Each star that a carrier can reach in a single hyperspace jump will be highlighted in the map.

Carriers begin their journey at the beginning of the whole next hour on the production clock at the top of the screen.

Note: Unlike the first version of Neptune's Pride, there is no technology you can research that will increase your carriers speed. All carriers move between enemy stars at the same rate.

You can give your carriers specific orders to execute at each star along its path. Orders are carried out as soon as the carrier arrives at the star. You can collect and drop a specified number of ships at each star.

You can add a delay that will prevent a carrier from starting a hyper space jump.

Carrier actions are not sorted in a particular order, so if two fleets arrive at a star in the same tick, there is no guarantee that one will drop ships off before the other tries to pick them up. To ensure this happens as expected you should make sure the pick up happens a tick after the drop off.

You can build a gate at a star at any time, and for as long as there is a gate at the origin star and the destination star of a hyperspace jump, a carrier will enjoy the 3x speed boost.

If an enemy fleet is traveling towards one of your gated stars at warp speed you can destroy the gate and the carrier will return to normal speed.

Note: While it can be useful to build warp gate accelerators on your front lines to bring up reinforcements quickly, it can also be dangerous. Your enemy can use them to launch an attack at 3x normal speed.

When enemy ships meet in orbit of a star a combat takes place. Combat is fought in rounds, with each player taking turns to deal their weapons technology in damage to an enemy carrier. Combat continues until there are no enemy players in orbit of a star.

Use the combat calculator to help determine the outcome of battles. An icon can be found in the top right of the Star or Carrier Inspector. Shortcut C

If two carriers are scheduled to arrive at a star at the same time and the star doesn't yet belong to any player, then the carrier that has traveled the least distance in the last tick will gain the defenders bonus. If the star is already claimed, the player who owns the star will be defender, even if this player has no ships on the star at the time.